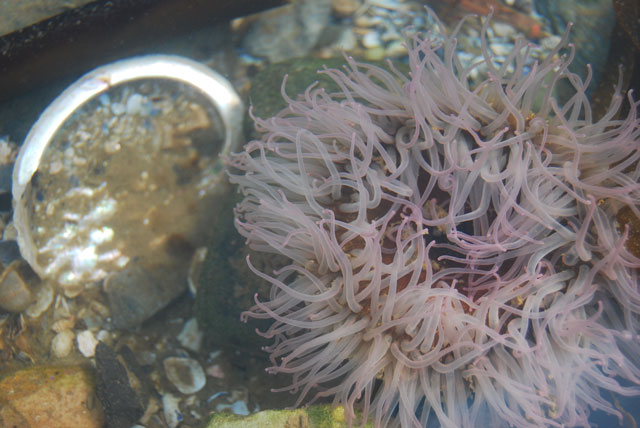 Life on land is dependent on life in the ocean. Yet only in our time have we begun to understand its importance or to extrapolate that what happens in the ocean directly affects us on land. This awareness, however, has done little to prevent “sea blindness” which has meant that submerged out-of-sight marine habitats have largely been out of the public’s mind.

Pressure on the marine environment is increasing enormously and with 60% of the global population having settled in the coastal zone, urbanisation is causing the loss of vegetated coastal habitats like mangrove forests, salt-marshes and seagrass meadows, which are ranked among the most productive habitats in the world. This rate of loss is estimated to be four times that of rainforests, making these marine environments among the most threatened habitats in the biosphere. Globalised markets, a growing human population and changed consumption patterns have also resulted in an increased trade in fish and fish products, which has led to a discernible “race to the bottom”.

Advances over past decades in fish-finding technologies such as GPS positioning and sonar, which can find fish in 1000 metres of water; an increase in the size and sophistication of fishing vessels; and coordinated air-sea fishing efforts have increased relative effort exponentially. This has meant that with a global fishing fleet of approximately 4.3 million vessels targeting a wide diversity of marine species, the proportion of overexploited, depleted or recovering fish stocks increased from 10% in 1974 to 32% in 2008, with 63% of assessed fish stocks currently requiring rebuilding.

Incidental capture of unwanted species not targeted by fishing vessels, which is termed by catch or trashfish, is considered one of the greatest threats to the health of the marine environment. An estimated seven million tonnes of bycatch is being caught and discarded each year. This is not only a shocking waste of a valuable resource; it is causing dramatic declines in many marine species. And as many bycatch species are top marine predators like sharks, anthropogenic changes to marine ecosystems through overfishing and destructive fishing practices, could have severe knock-on effects.

For 400 million years sharks have remained largely unchanged.  They have survived five mass extinctions, however as between 73 and 100 million sharks are killed each year for the growing shark fin trade, sharks now represent the greatest percentage of threatened marine species on the International Union for Conservation of Nature’s (IUCN’s) Red List of Threatened Species.

Overexploitation of the world’s marine environment is putting fisheries at risk of collapse which could mean that hundreds of millions of people could be faced with food shortages and food insecurity.  The negative effects of overfishing would also adversely affect the approximately 200 million people employed in the global fishing industry.

(Excerpt from the book “Miracles of Hope: Surviving and Thriving in the 21st Century” byCarole Knight with photographs by Carole Knight)