Hermanus is blessed with one of the rare remaining milkwood forests in South Africa. In times past milkwood forests covered the coast from the Cape Peninsula to northern KZN where they flourished just behind the frontal dunes. This is, alas, exactly where we like to build our little houses by the sea. So over the years the milkwoods have given way to coastal strip developments.

To protect their vulnerable ‘underbelly’ from the harsh salt-laden winds, the trees form a thick canopy of waxy leaves that reaches down to the ground. The gnarled, sprawling branches add a sense of wonder to this safe and protected underworld. 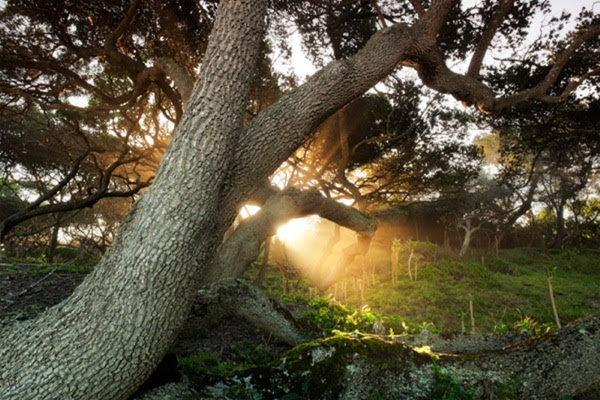 “Piet-se-Bos” is one of the treasures of Hermanus. It is just inland from the sea stretching from Grotto Beach to the Klein River Estuary mouth. It is included in the Fernkloof Nature Reserve which gives it some environmental protection. The Cliff Path Management Group has built boardwalks over some of the most vulnerable areas, to minimise the impact visitors have on the forest. But this is only partially effective.

Piet se Bos provides the perfect picnic place. This is alas also the slow demise of the forest. Some of the trees in Piet-se-Bos are estimated to be around 1 000 years old, but regeneration is barely happening due to the annual trampling underfoot of the forest floor.

Every summer holiday the cool, shady forest attracts huge numbers of holiday-makers, seeking refuge from the sun and wind on nearby Grotto Beach. The designated picnic area next to the forest gives little protection from the sun. It’s hard to imagine that it was once a lush wetland, alive with flowers and birds. In the middle of the last century the “swamp” was erroneously blamed for the polluted water that ran out onto Grotto Beach and the offending swamp was filled in. We now know that wetlands are in fact the best natural water purifiers.

Milkwoods propagate by both seeds and vegetative means. When a milkwood grows old and falls over, a "new" tree sprouts from the fallen trunk. It is as though the enormous, ancient tree is slowly walking through the forest. 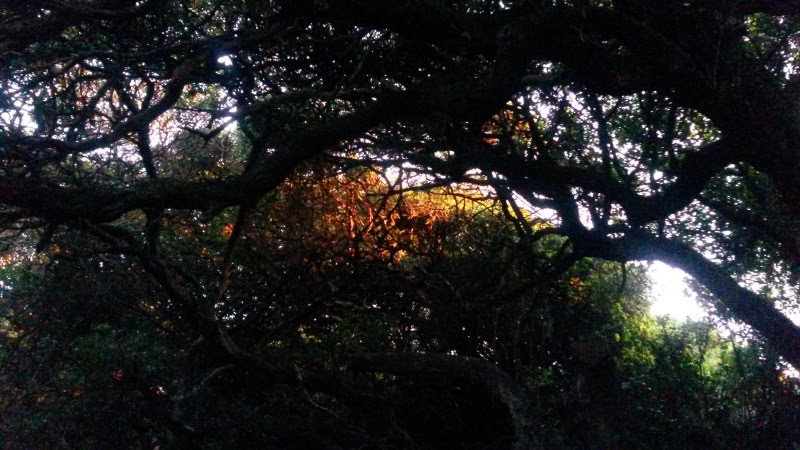 The delicate, pale-yellow flowers of the milkwood are borne in clusters along the ends of the branches and they have an unusual, rather unpleasant smell. The smell attracts pollinators – kelp flies from the nearby beaches.

The flowers are followed by juicy, dark purple fruit that is enjoyed by birds and baboons. The milky latex, which gives the tree its common name, is a natural protection as it makes the leaves and the bark unpalatable to grazing animals.

The forest once had another name. It was called “Governor General’s Forest” because the locals had been amazed that a British Governor General and his wife, the Earl and Countess of Buxton, had spent a holiday camping in the forest in 1914. How it got its present name and who on earth “Piet” was, no-one seems to know.

This treasured forest is one of Hermanus’ favourite natural places. Let us keep it that way and not fall into a misguided ‘development’ trap.